Wrongful Death Claims: Who Can File? 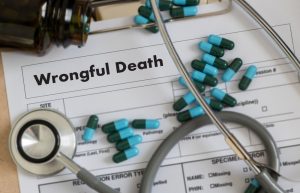 Who Can Bring the Wrongful Death Claim?

Attorney Reid Winthrop at the Winthrop Law Group is a Newport Beach CA insurance dispute lawyer. He advises that the following persons are allowed to bring a California wrongful death claim:

The general rule is that California allows two years from the date of a decedent’s death to bring a wrongful death lawsuit. This is a strict rule, and there are very few exceptions to it. Evidence can disappear, recollections of events can get foggy and witnesses can vanish. You’ll want to speak with Newport Beach CA insurance dispute lawyer Reid Winthrop at the Winthrop Law Group as soon as possible about any wrongful death claim. Do so at your earliest possible convenience.