Is Defamation Covered by Insurance? 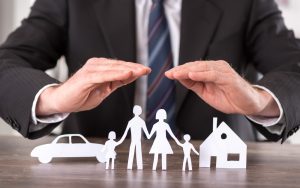 You may be surprised to learn that there are types of insurance in existence which may be used to cover instances of defamation. A lot of us who are not in the public sphere don’t always think about what it would mean to be defamed, but anyone who relies on public perception of their character as part of the way that they earn a living need to consider visiting an insurance attorney in Orange County CA.

Defamation is everywhere in today’s culture. The Internet opens up a lot of doors and possibilities for a person to be defamed. It seems that at least some in our culture believe that it is part of their freedom of speech protections to literally say whatever they want either in the spoken word or through what they write on the Internet. That is not the case at all. Defamation is defamation, and it is a very serious matter.

A person who goes to the Winthrop Law Group is probably someone who is already suffering from the results of defamation that has been launched against them. It is so much better if they purchase the insurance that protects them against defamation in the first place. People at the Winthrop Law Group are there to help when things get out of hand. You can get a great insurance attorney in Orange County CA from that office to protect your rights when you are attacked by someone looking to do your career damage.

It is literally possible for you to end up losing money as a result of the fact others have stated things about you that are untrue. You can claim that against your insurance or at least take legal action against those who would do such a thing. You should make sure to do this because you can’t stand by while others get to trash you and your ability to earn an income.